Csaba Téglás was born in Kecskemét, Hungary, in 1930. His family was originally from Transylvania, but they were forcefully deported when Transylvania became a part of Romania in 1920. Csaba always wanted to be a film director, but realized that he would have a much easier time earning a living if he went into a more scientific field. He completed his studies as an architectural engineer at the Hungarian Technical University in Budapest. He was also a high-level tennis player and became the tennis champion in pairs in Budapest in 1948. At the time of the 1956 Revolution, he was already working as an architect. And although he didn’t believe the uprising would be successful, he supported it and took part in various demonstrations. In November he fled toward Austria and from there to Canada. He lived, worked and studied urban planning in Canada until 1967, the year he worked on the World Expo in Montreal as an architect. In 1967, he moved with his wife and two children to New York, where he worked successfully as an architect until his retirement at the age of 75. He was also active in the Hungarian-American community of New York. In 1998 Texas A&M University published his memoirs: BUDAPEST EXIT: A Memoir of Fascism, Communism, and Freedom, which has enjoyed a large readership in both Hungary and the U.S.

This interview was conducted in White Plains, NY, by KCSP Interns Judit Eszes and Viktor Ivicsics on behalf of the Memory Project. 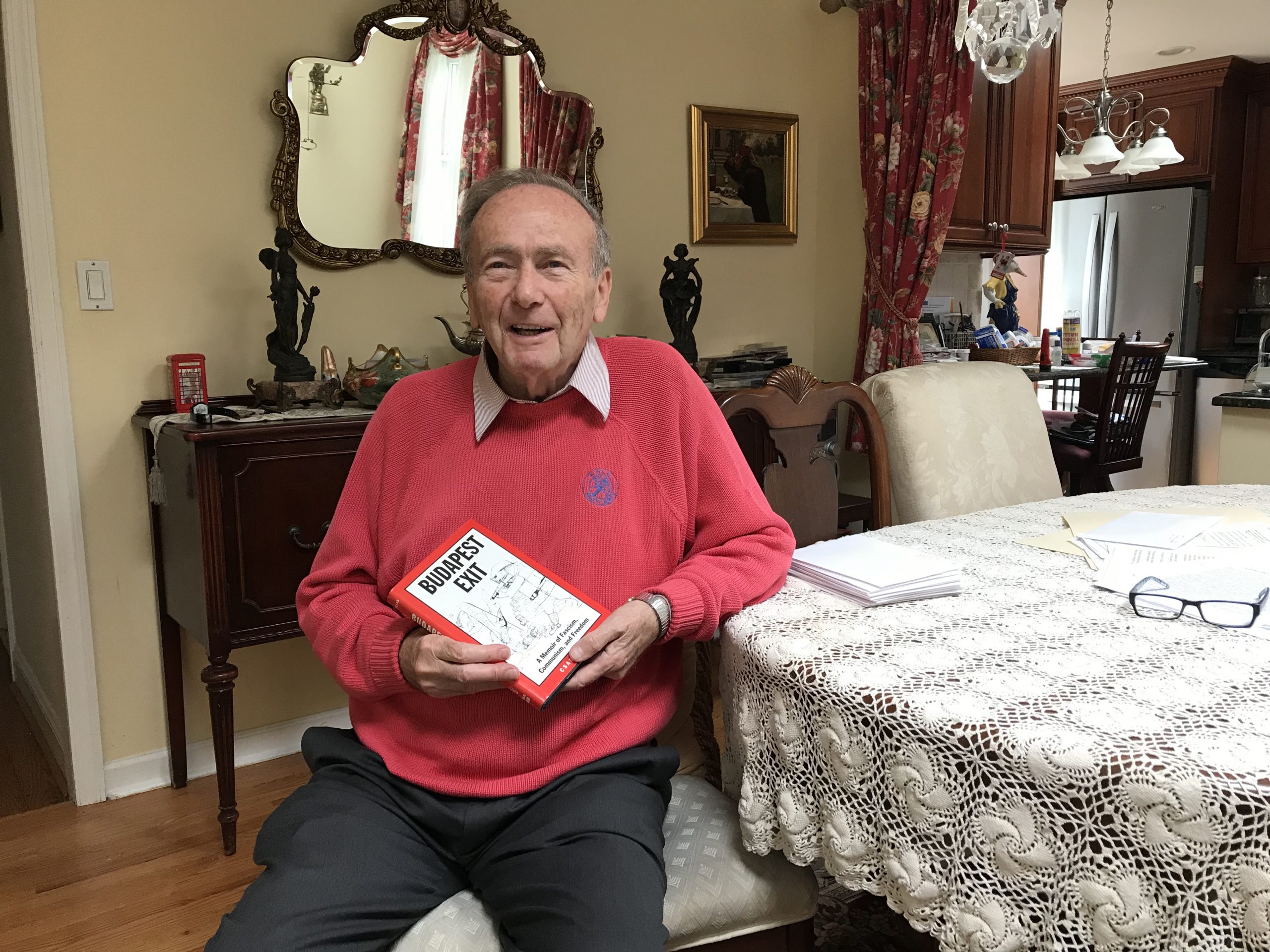