Orsolya Simonyi was born on September 2, 1945 in Mezőkovácsháza. She has a unique story in that she emigrated to the U.S. only in 1970 after first living in Chile after leaving Hungary with her family in 1956.

Her father was a landowner before World War II and was left without property or a livelihood after WWII. He was also detained at the notorious secret police headquarters on Andrássy Street in Budapest. After he was freed in 1948, he left Hungary alone and went to Chile to create a better life for his family.

Meanwhile his wife and 6 children lived in one room with an Aunt and went to a remote rural school (tanya iskola) and were not able to leave the country once the Iron Curtain descended and travel was banned. They lived in Nagyszékely, which was where they lived through 1956 - after which they decided to risk escaping Hungary so they could meet up with Orsolya's father in Chile. Through a harrowing tale of escape (multiple tries), they finally made it to Yugoslavia via Baja, Orsolya's mother alone with her 5 children (one was older and tried to escape on his own, thinking he had a better chance. He was caught and never did end up leaving Hungary, the only one in the family).

Orsolya's story of how her family got across the border is one of the most compelling. She also talks about being in a refugee camp for nearly two years in Gerovo, Italy, which was a struggle for all of them. Finally, in 1958 they were given passage to Chile, where they met her father after 10 years. He had not done well, and the family struggled even more in Chile. Orsolya studied to become a nurse and worked in Chile as a nurse until she left for Cleveland (where two of her sisters had already emigrated) in 1970. In Cleveland she met her husband János Sedenszky at a Hungarian church (he is also in the MP archive) and they became very active in the Hungarian community, along with their son. 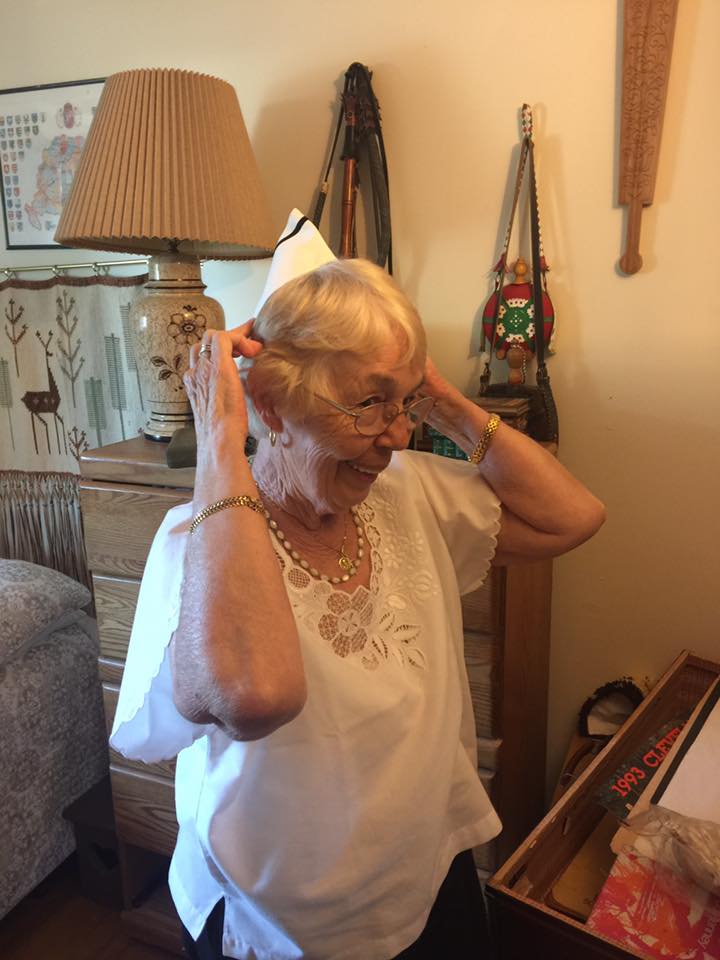