Szabolcs Kálmán, a Reformed minister, was born into an upper-middle class family in 1936 in Tóváros, Hungary, near the city of Tata. His father was a chief constable in Tata and his mother hailed from a family of medical doctors. He had two brothers, both of whom have passed away.

He attended the Theatre Academy in Budapest between 1954 - 1956, but after his second year, he didn’t make the yearly cut. After that, he was not allowed to attend the liberal arts university (due to his background), so he accepted a job in quality control at the Inota Aluminum Foundry, hoping to move on into the position of cultural events coordinator there. Just as that happened, the Hungarian Revolution of 1956 broke out in Budapest, and Szabolcs was an early supporter. He recited revolutionary poems and made speeches. After the Revolution, he thought it best to flee the country, which he did on November 22nd, by way of Austria.

He arrived to the U.S. on a military transport ship on January 16th, 1957, arriving, like many refugees, to Camp Kilmer in New Jersey. His first job was as a laborer, but soon he was granted a scholarship to study theater at the Ohio University. He completed his studies there in 1961 and continued studying for a Master’s Degree in Theater at Southern Illinois University. After completing his studies, he moved to San Francisco to work at a theater company there, but the wage wasn’t enough to live on. Feeling that his chances of becoming a great actor were not the best based on his Hungarian accent, he accepted a more lucrative job as an insurance adjuster. That same year, he married his childhood sweetheart from Hungary, Zsuzsa, who was an accomplished music and choir teacher in Hungary. They lived near San Francisco and took an active part in the local Hungarian community, teaching at the Hungarian scout troop’s Hungarian school as well as attending the Reformed church in the city. They moved down the coast to Monterey in 1966 for Szabolcs’s work, and that is where their three children were born: Géza in 1967, Tibor in 1969, and Ildikó in 1970.

In 1971, Szabolcs’s life took a turn and he enrolled in a theological studies program in order to become a minister. He was always interested in religion and faith, although he was not a fan of dogma, rules, etc. He didn’t really attend church or faith gatherings between 1952 -1956, but he was very interested in literature and theater where he often met with the subjects of faith and religion. In the U.S., he and Zsuzsa felt that they might be a good bridge between the two cultures - Hungarian and American - and the two schools of faith - conservative and more modern - and could have a worthy impact on their new community there. Zsuzsa’s active faith and experience within the church -both in choir and education - were also a good impetus for this switch. She actively supported him in his new mission. Szabolcs says, “I often joke about it, that the reason I became a minister is because God created Zsuzsa to be a minister’s wife. There’s some truth in that.”

Szabolcs received his Master of Divinity Diploma in 1974 and accepted a position in Southern California as the minister at the San Fernando Valley Hungarian Reformed Church in Reseda, CA (Grace Hungarian Reformed Church). Of the four Hungarian-Reformed congregations in LA at the time, Szabolcs’s was the youngest, with parishioners mostly 1956 refugees, and it was the least-developed and most ecumenical. He and Zsuzsa served 17 years there, he as the minister and Zsuzsa the director of the Kodaly Choir. They also took an active part in the Hungarian scout troop’s work, and Szabolcs even achieved the rank of scoutmaster of the Hungarian Scouting Association in Exteris (KMCSSZ).

On Palm Sunday in 1991, Szabolcs and Zsuzsa left Los Angeles to head up the congregation of another Hungarian Reformed church in Cleveland Ohio. While the congregation in Los Angeles was 90% Hungarian and relatively fresh refugees, the congregation in Cleveland was only 50% Hungarian and much more mixed and conservative. In the late 1990’s, Szabolcs and Zsuzsa decided to retire and move back to Hungary, to Tata, where Zsuzsa’s family was from. They left the country just a few months after 9/11. Szabolcs continued teaching and being involved with the local Reformed congregation, and Zsuzsa taught music and led a local choir. Sadly, after a long illness, she passed away in 2013. Szabolcs, however, continues to serve both spiritually and culturally - as he did for so many years in the U.S. -- those Hungarian-Americans who moved back to Hungary after the transition to democracy in 1989. 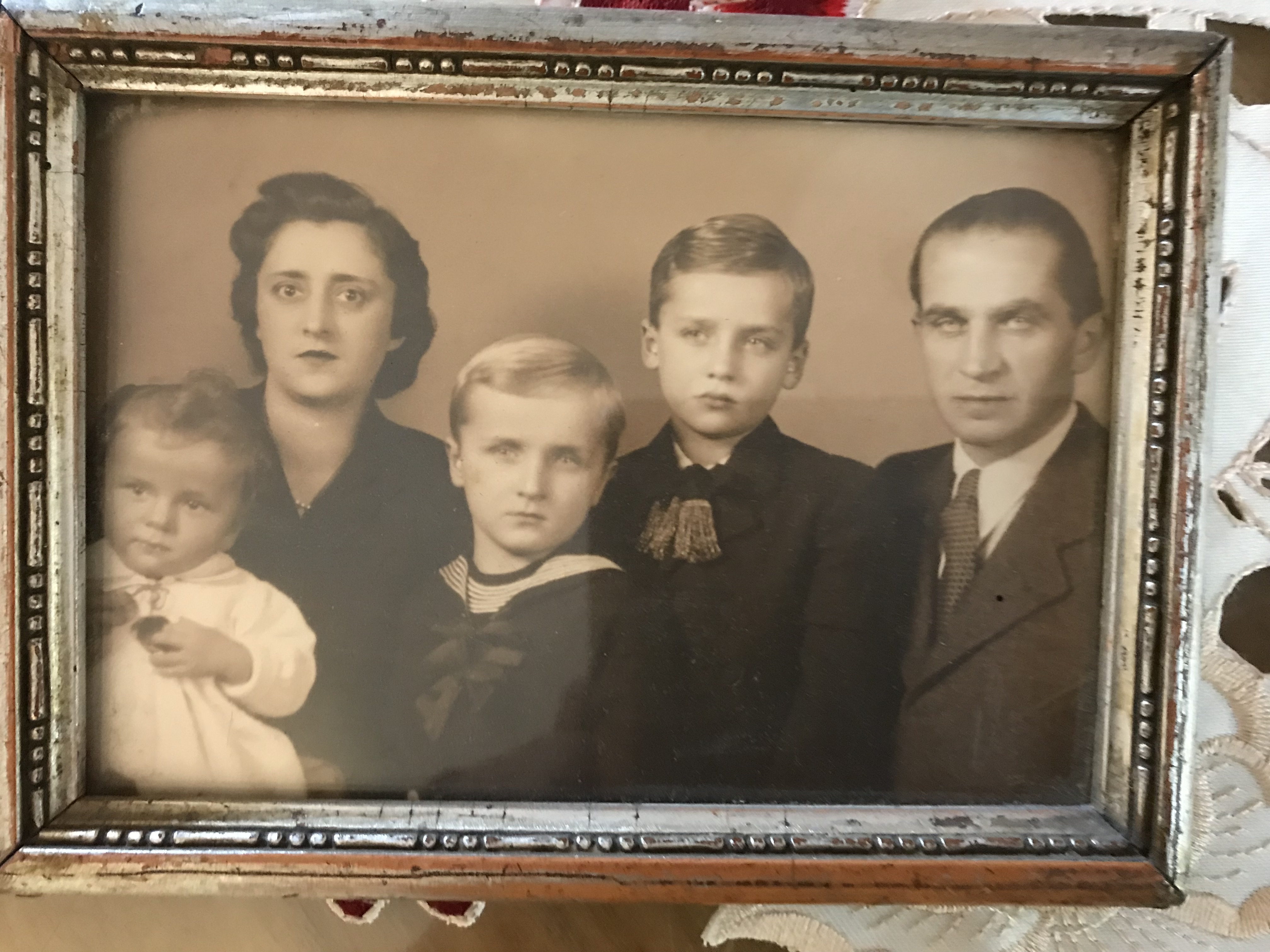 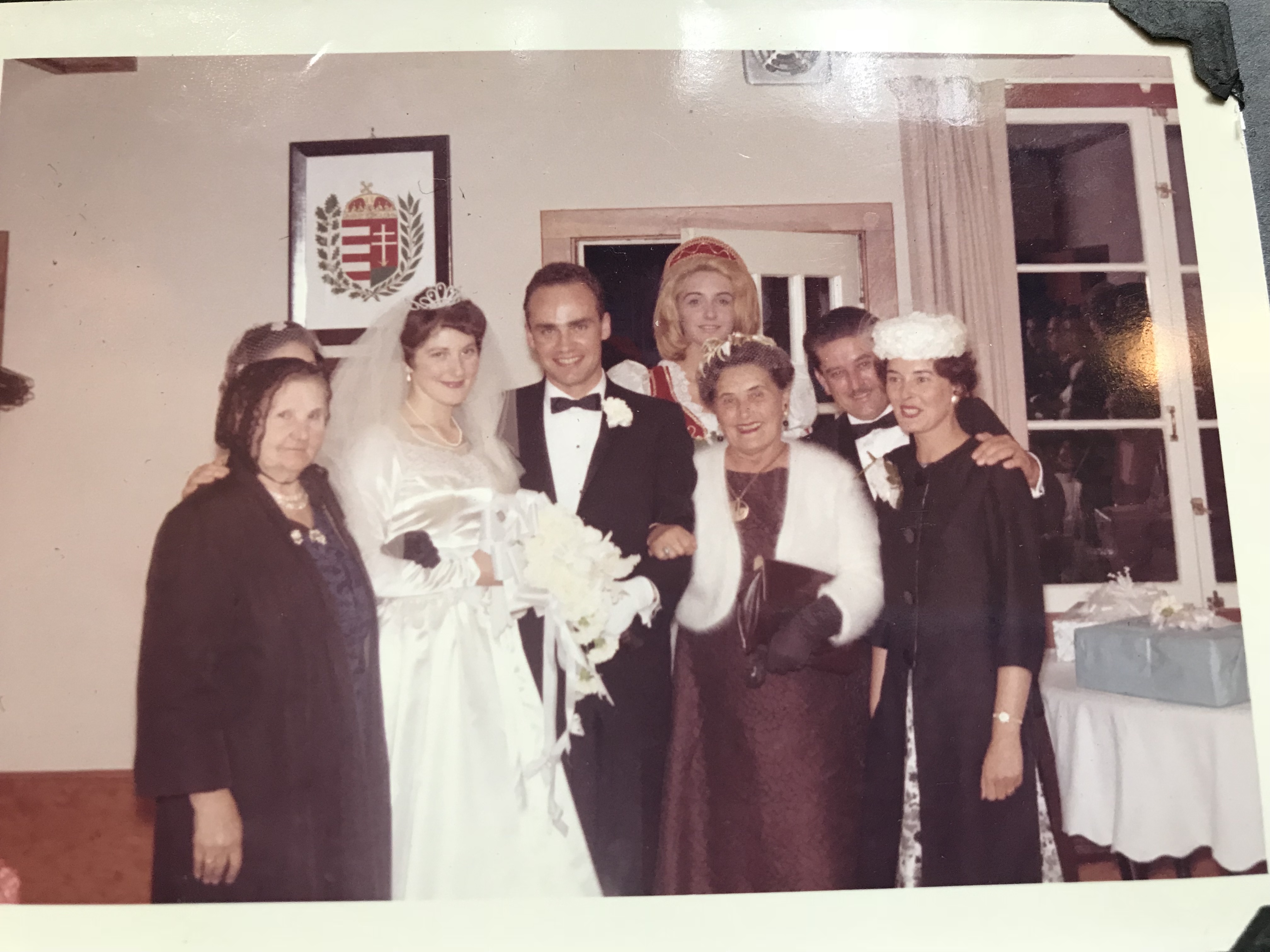 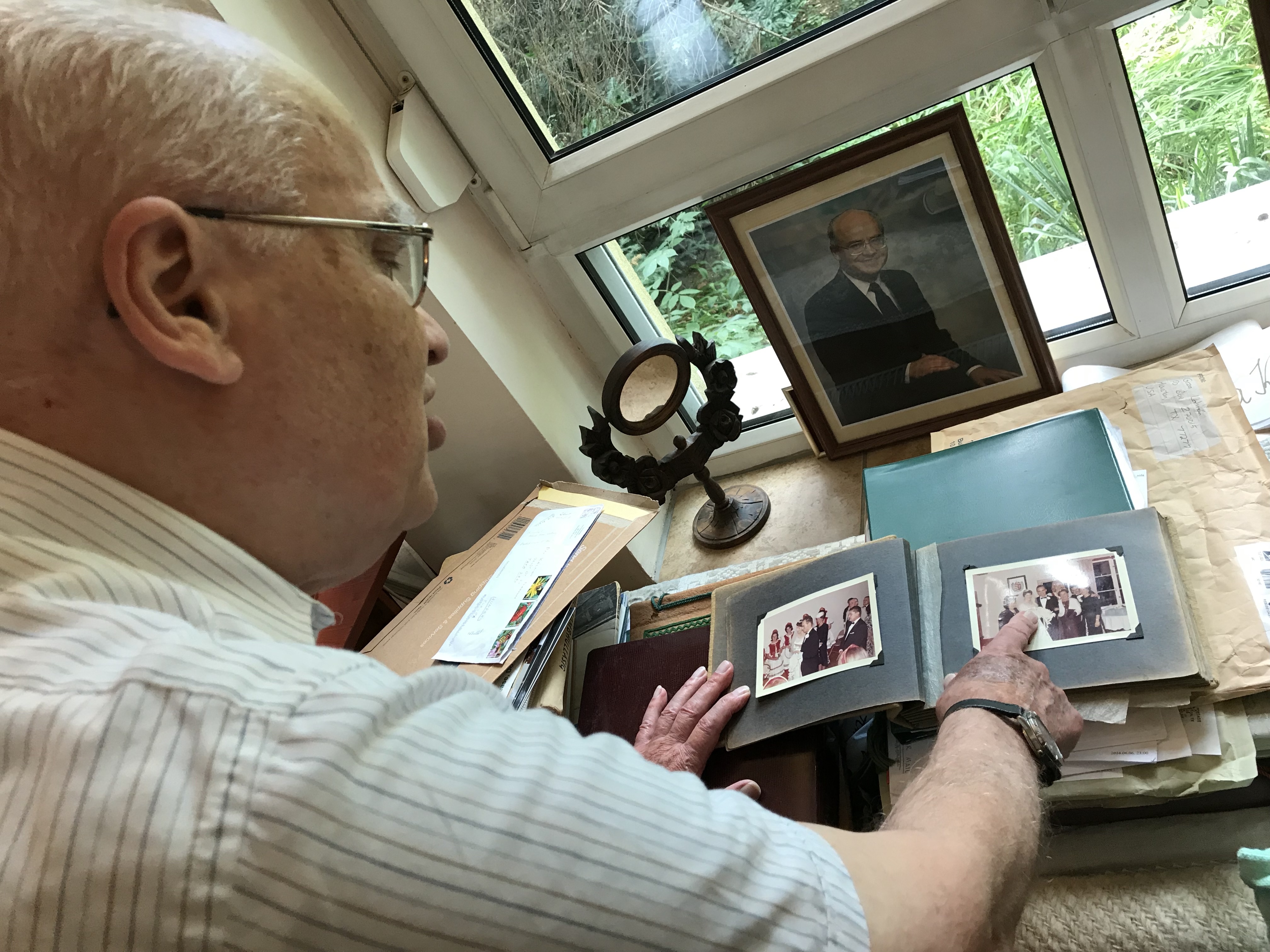 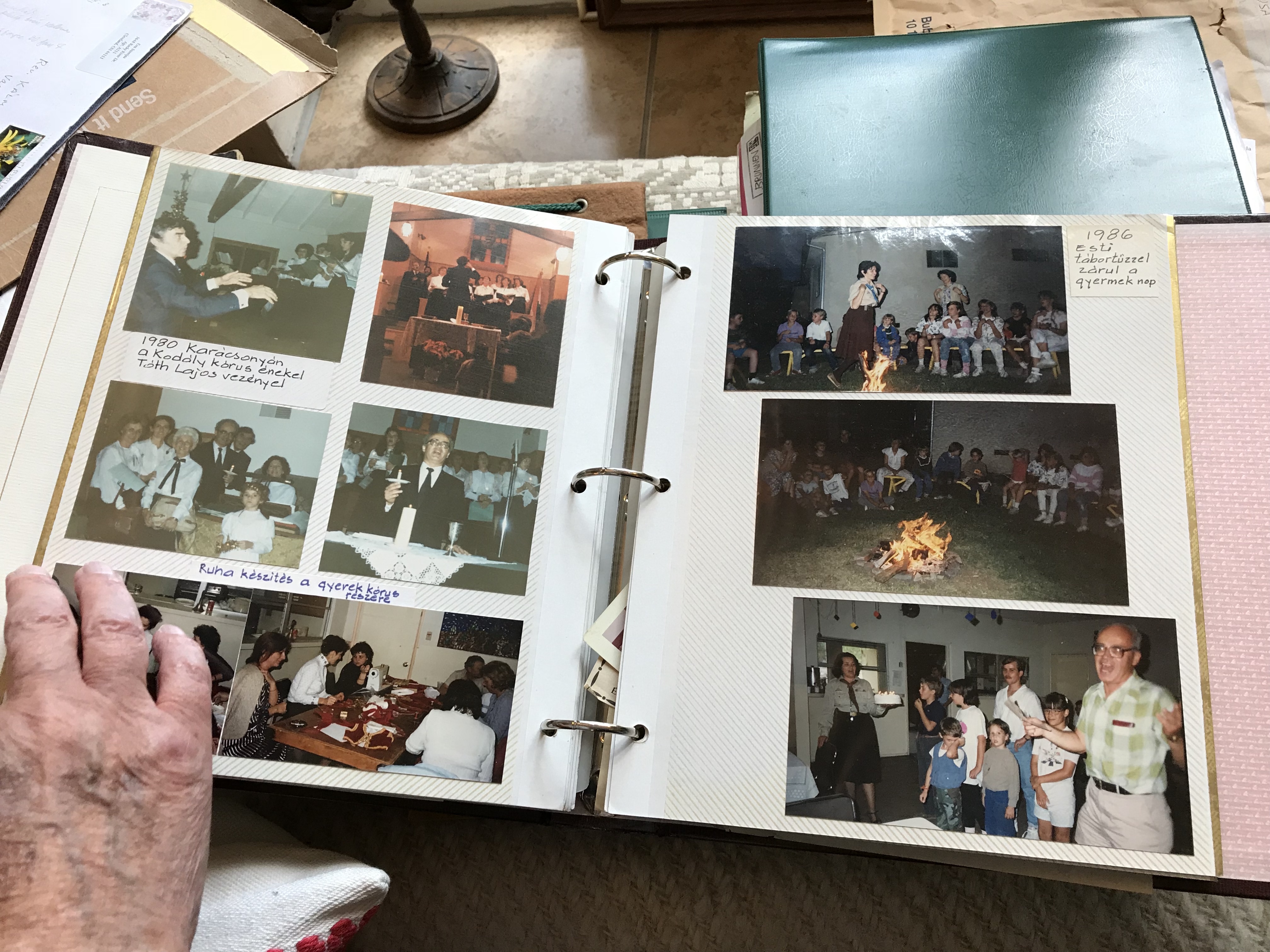 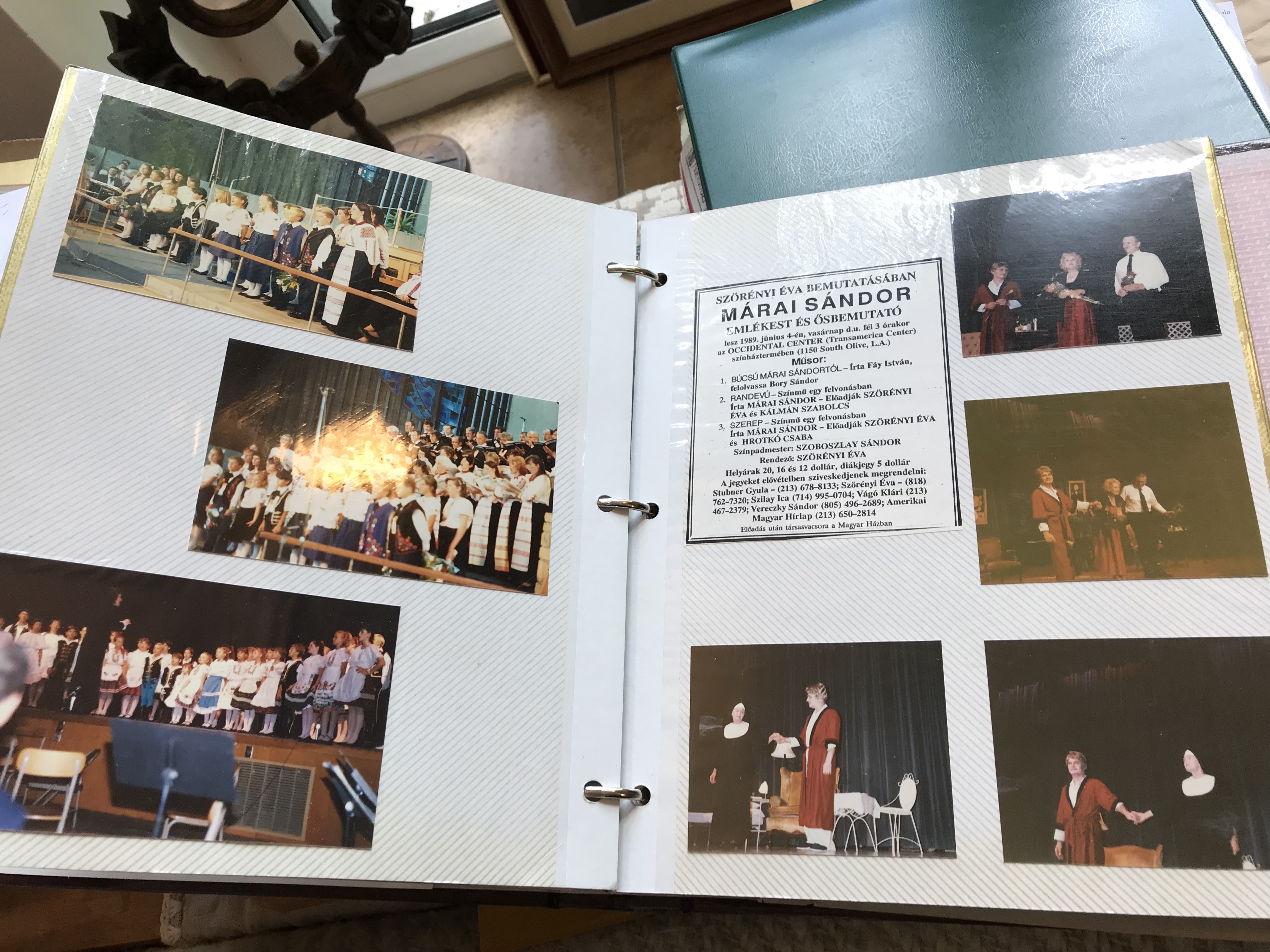 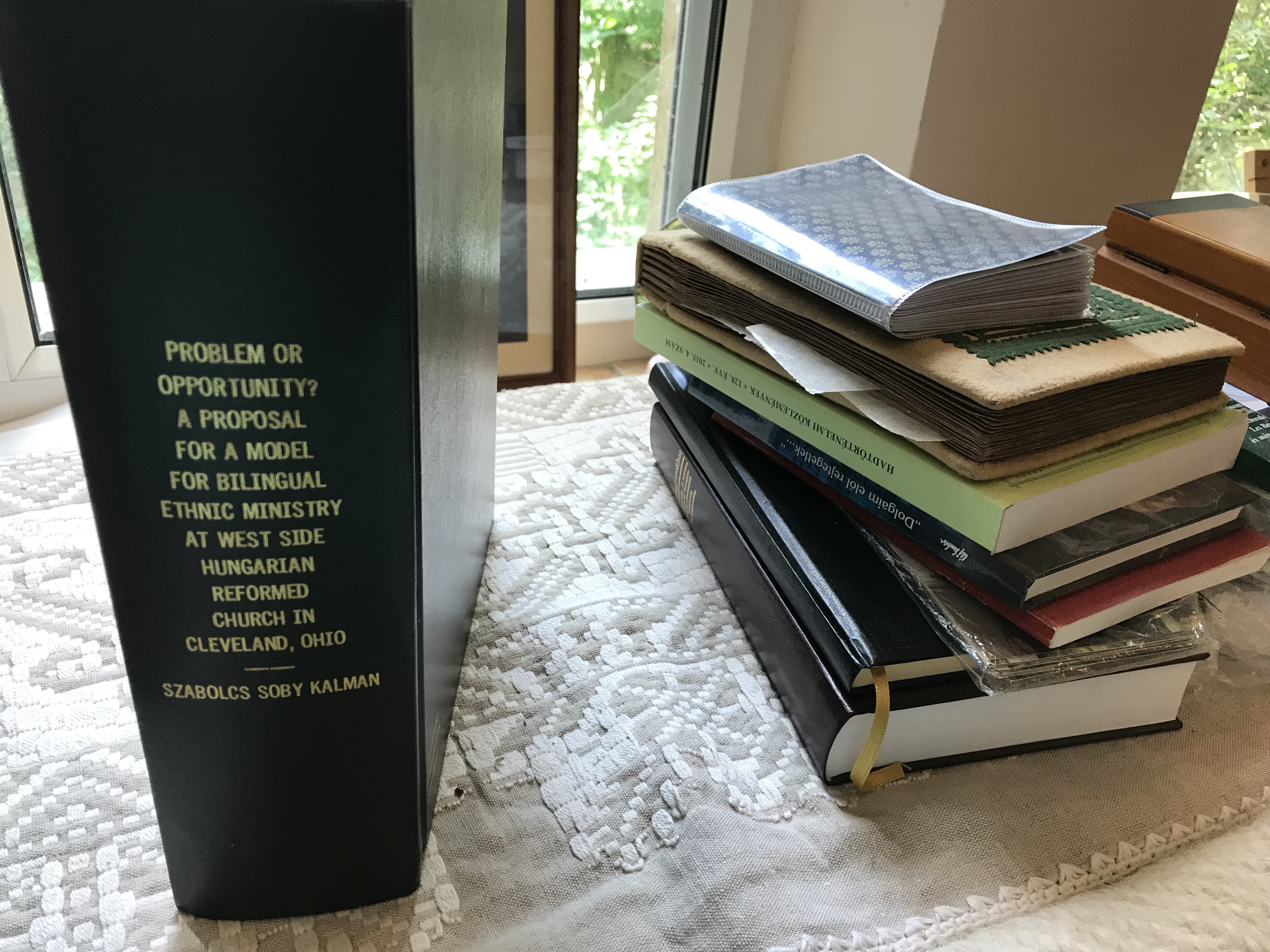