Péter Forgách was born on February 19, 1946 in Gyöngyös, Hungary. Right around the time of his birth, Soviet soldiers had occupied Hungary and there was an NKVD officer stationed at his home. His father was a physician and his mother worked in the field of medicinal chemistry and later became a research scientist at the University of Buffalo. In the 1950’s, Péter’s family were considered ‘enemies of the people,’ and like many children his age and from his background, he was taught what to say and what not to say in school and outside the home. His parents taught him German in private and - also in private - listened to Radio Free Europe.

Péter was in the 5th grade and in Gyöngyös when the 1956 Revolution broke out. In his compelling interview, Péter recalls attending demonstrations with his mother although they did not witness any violence or shooting in the city. After it was clear that the Revolution would fail, his parents decided that life would be better and safer for them in the West. As a 10 year-old, Péter was simply relieved that he wouldn’t have to show his parents his last math test, which, uncharacteristically for him, he got a D on. Fleeing the country was a much more pressing concern for the family. They escaped one night over the border to Austria, after which they spent half a year in an Italian refugee camp near Rome. They arrived in Toronto, Canada in 1957.

In 1961 Péter and his mother move to the U.S., to Buffalo, New York, where Péter attended the Calasanctius Hungarian Piarist High School located in Derby, New York. He lived in a boarding school run by Hungarian piarist monks. Founded in 1952 by Father Stephen Gerencsér, the boarding school welcomed a number of DP children after WWII and then later after 1956. Péter’s mother - who had meanwhile divorced Péter’s father - married Tibor Baránszky who in WWII, working for the Vatican Nuncio in Budapest, saved thousands of Jews from deportation to Nazi death camps. Baránszky is memorialized at Yad Vashem in Israel, and he was also a key figure in Hungarian-American intellectual life after 1956.

Péter became an ophthalmologist and lives in Buffalo with his wife Cathy. They have four grown children and are still very active in the Hungarian-American community. Cathy, who is not Hungarian by birth but learned Hungarian later in life, is an active volunteer and scout leader in the Hungarian Scout Association in Exteris. (KMCSSZ). In 1994 Péter and Cathy founded the Calasanctius Training Program for Hungarian university students (MA level) who wish to study and train in the U.S. The Stephen Gerencsér Calasanctius Fund, created by Cathy and Péter, provides the financial backing for this program. 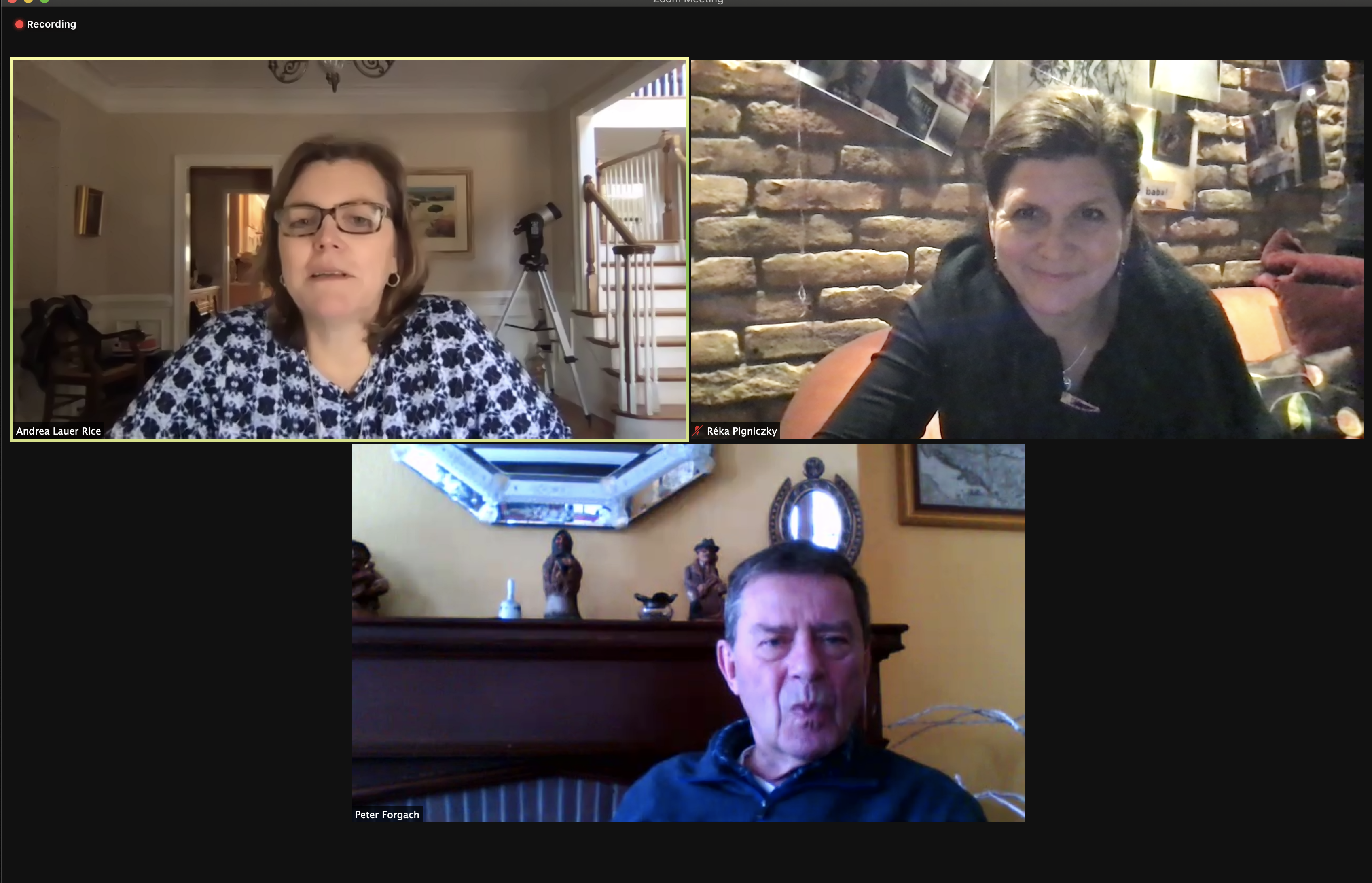