Edit Farkas (née Novák ) was born on June 28, 1938 in Budapest, and she was one of six siblings. Her father worked in one of the political ministries before the end of WWII and her great grandfather was Bernáth Győző, who helped Gustav Eiffel design the Western Railway Station in Budapest. Because of her family’s background and social position, they became ‘class enemies’ after the rise of the communist regime in 1948. Her family was stripped of its livelihood and internally deported to a remote farm near Debrecen, in Eastern Hungary. Edit was 13 at the time.

In her compelling interview, she talks extensively about the years her family struggled under deportation (1951-1953). In great detail, she talks about those years during which they barely had enough to eat and hardly any work. When the deportation was over, in 1953, they family was allowed to move back to Budapest but not to their original home, and they were barely able to find work to support themselves.

In 1956, Edit was in Budapest and an eyewitness to the Revolution that broke out there. She was present when the secret police fired on the demonstrators at the Parliament building on the 25th of October. After the Revolution was defeated, there was a general strike and no one was able to work. Two of her brothers decided to flee Hungary in search of a better existence, but they didn’t want their sisters to come because they feared for their safety. After much deliberation, however, Edit and her sister were able to leave Hungary as well, ending up in the United States.

Once in the U.S., Edit decided to study chemistry and was offered a scholarship to study in Oklahoma in 1957. After she became a pharmacist, she moved back to the tri-state area and settled there. She met her husband, Charles Farkas (also interviewed in this archive), who was also a 1956er, there and they had 4 children together. They taught all of their children the Hungarian language, although the children weren’t involved in the local Hungarian-American scouts or Hungarian school in New York City. Edit was active in a Hungarian literature circle that met weekly and they attended a few Hungarian balls. Edit and Charles live in Chappaqua, New York. 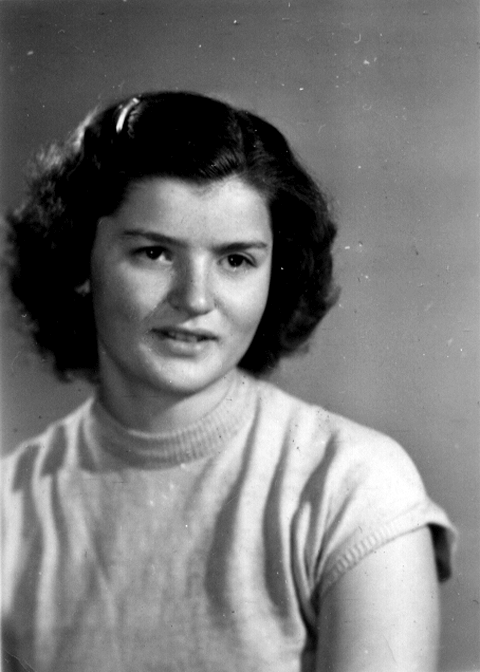