Eva (Béres) Voisin was born in Oros, Hungary. She left after the Revolution was crushed, escaping with her family on January 9th. Eva was only 11 at the time, and was sent with her older sister to a boarding school in Iselsberg, Austria, funded by the Queen of Holland. This was a school set up for Hungarian refugee children, and Eva spent two years there until her family received a visa to emigrate to the U.S.

They arrived to Los Angeles, California in February of 1959, well after the first wave of Hungarian refugees were welcomed to the U.S. Growing up in the California, Eva was an active member of the Hungarian Scouts, and her family was also active in Hungarian affairs. She attended UCLA and became a lawyer. She married a Frenchman after studying in Paris, thereby adding French to the cultural mix of Hungarian and American backgrounds.

She founded the Hungarian-American Chamber of Commerce in 1990 and also became the Honorary Consul of Hungary in the San Francisco Bay Area in 1989. 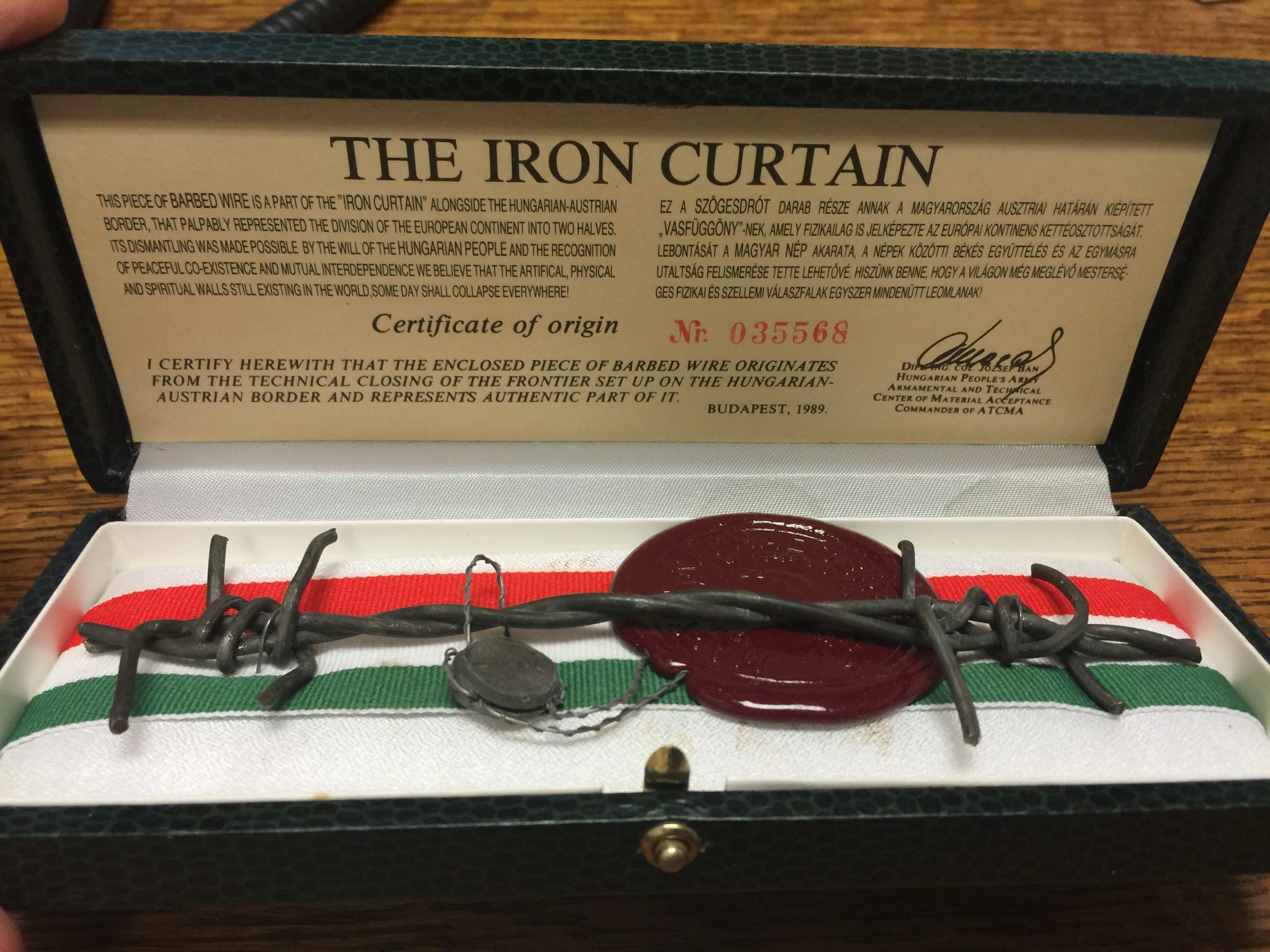 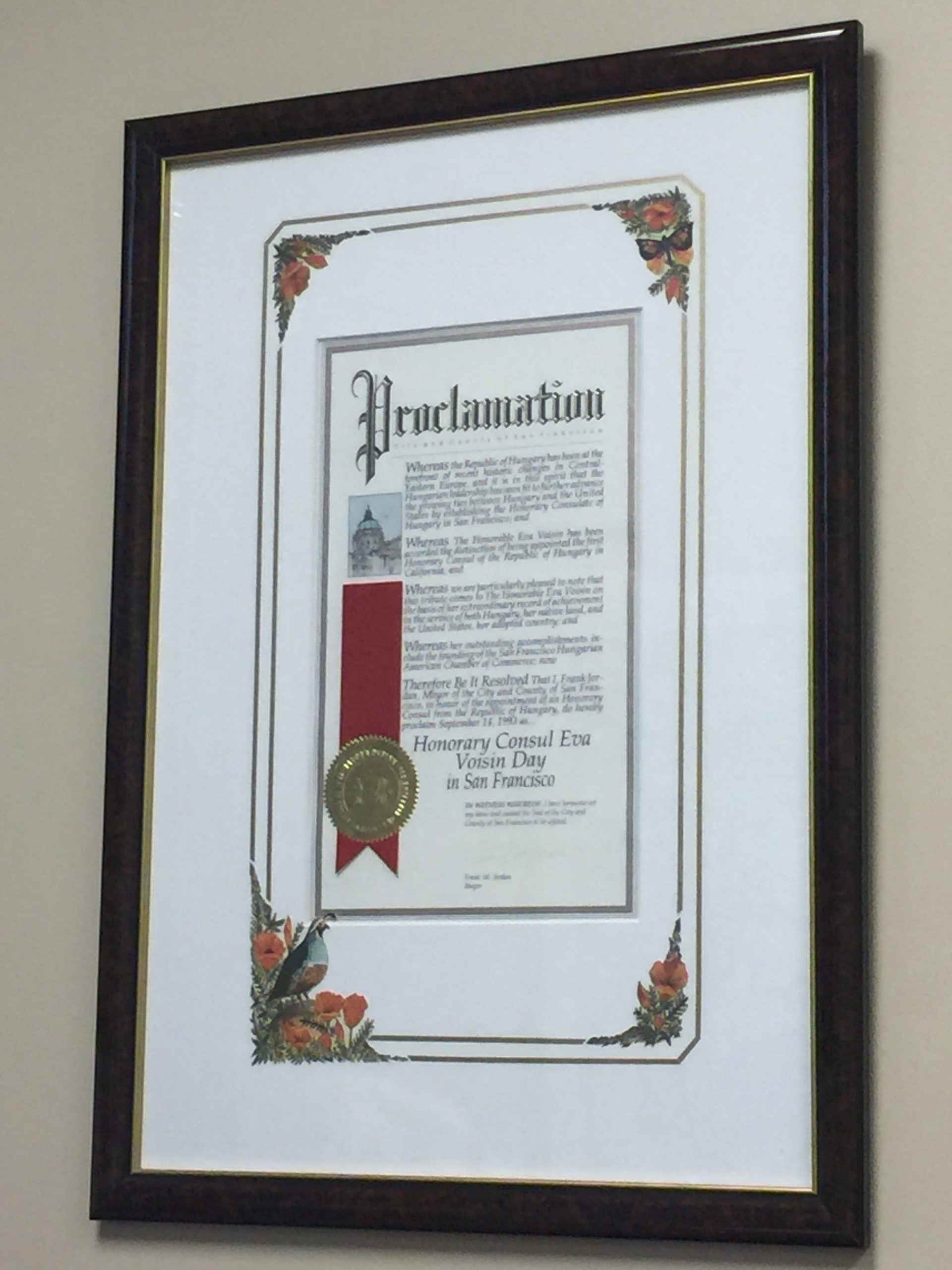 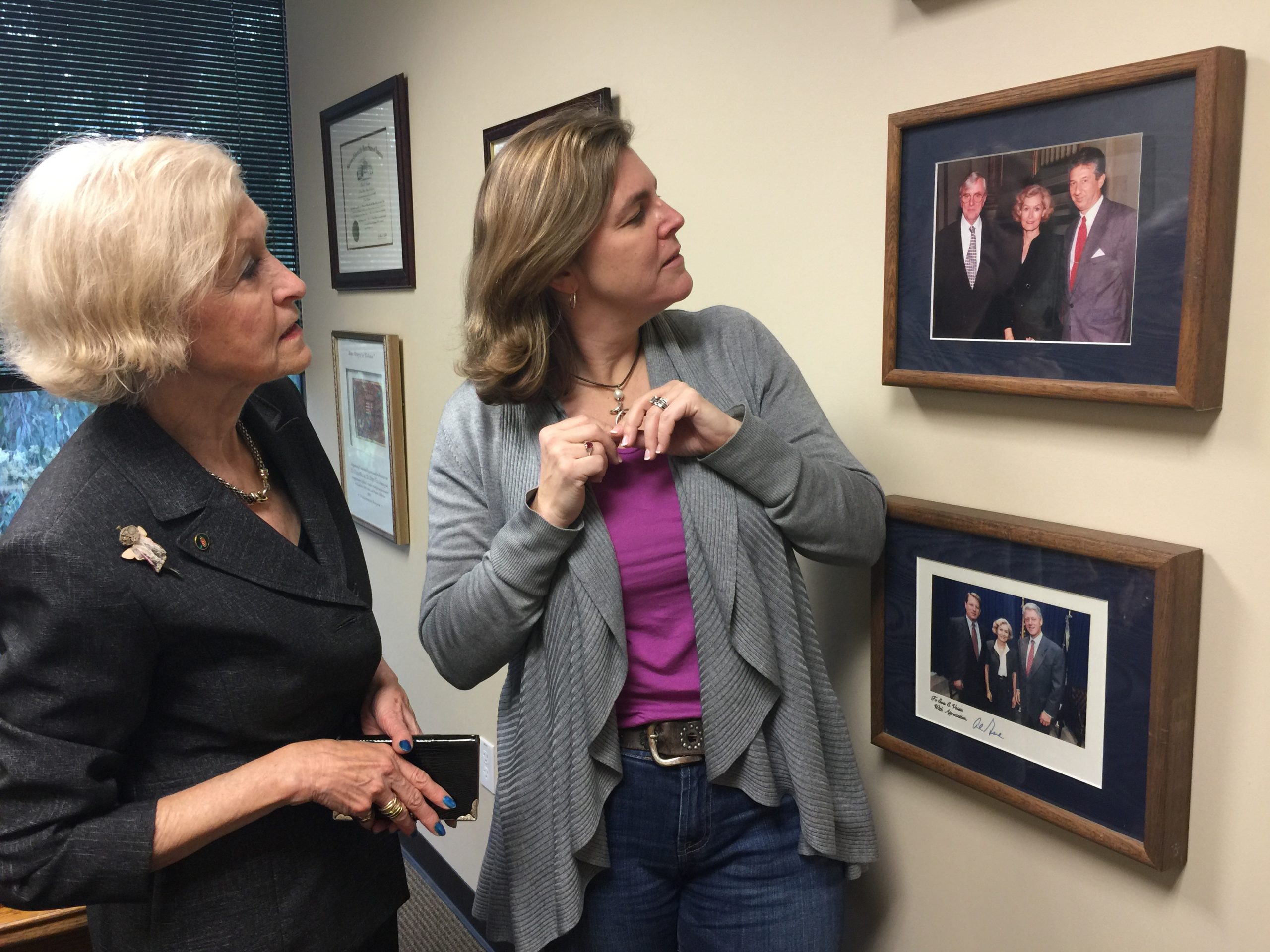 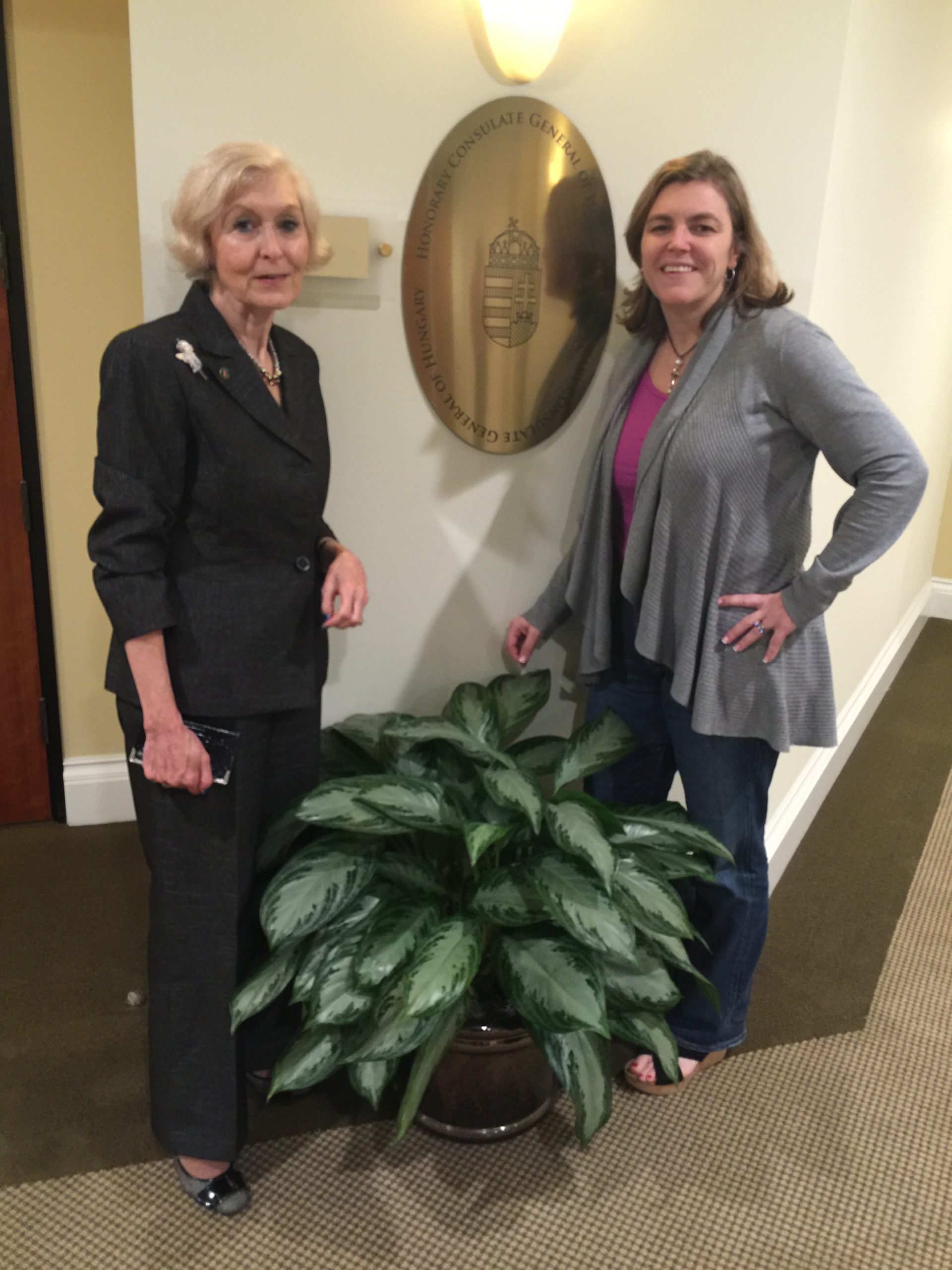