Judit Olcsváry (later, Szabó) father was a colonel in the Hungarian army during WWII (in charge of supplies) and he and his family were ordered to leave in 1945 via car. She talks in length about her memories of WWII in Budapest, the appearance of the yellow stars, the air raid shelters, meeting Admiral Horthy a few times. She says that "when we left Hungary it was the worst day of my life. Our world had collapsed."

They arrived poor and without English skills to the U.S., but soon become involved in the Hungarian community in the tri-state area, where here father had a factory job during the week but was an important political/social figure during weekend Hungarian events. She became the first troop leader of the Hungarian girl scout troop in New Brunswick, New Jersey and was active for decades in Hungarian activities. She married a 1956 refugee. 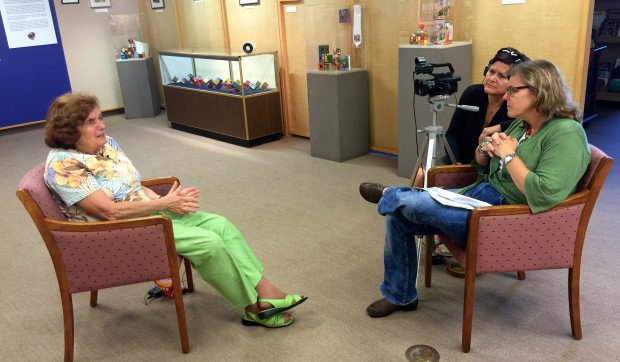