Katalin Kádár's family fled Hungary after WWII because her father was a civilian member of the Hungarian government. Since the country had lost the war along with the Axis powers, her father's life would have been in danger and their family would have not had much of a future. Katalin spent her first years in an Austrian refugee camp (housed with Austrian peasants in the countryside) and then the family was granted asylum in the U.S. in 1952 in Riverside, CA.

Katalin Kádár Lynn spent most of her life in a successful career in fashion retail and merchandising and later became a historian with her own publishing companies focusing on Central and Eastern Europe.

Interview conducted by Réka Pigniczky in Budapest, Hungary in July of 2014. 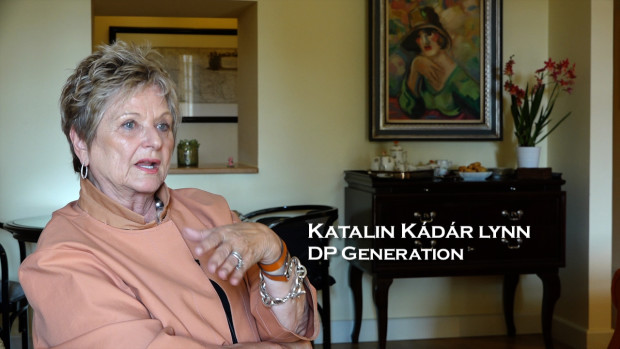