Louis (Lajos) Kapcsándy was born on June 5, 1936 in Budapest, Hungary. He was a chemical engineering student at the Technical University and a professional soccer player (playing for the soccer club Kinizsi (Ferencváros) on their U20 team) when the Revolution broke out. Although he was not involved in the political activities leading up to the student demonstrations, he became active when two of his collegemates died during one of the first skirmishes near Moricz Zsigmond Körtér on the 24th of October. From there he went to Corvin Köz, the scene of some of the heaviest fighting during the Revolution, where he stayed until November 6th. He witnessed and took part in the Revolution from what is now thought of as its epicenter, Corvin Köz and the 8th district of Budapest.

After the Revolution was crushed, he realized he had no choice but to flee the country on November 22nd. Along with 4 other revolutionaries, three of whom did not make it out alive, he hijacked a train to Austria. By December 31, he was at Camp Kilmer in New Jersey, having turned down an offer to emigrate to Spain and play for the soccer club Real Madrid. Louis felt that Spain would impose too many restrictions on his life, and that the U.S. was the country that would ultimately offer him what he yearned for: freedom.

Meanwhile, Kapcsándy's family remained in Hungary, and his father was imprisoned from 1958 - 1974 because of his son's involvement in the Revolution. The family was only reunited in 1974 when Louis first went back to Hungary.

After attending the Brooklyn Politechnic Institute to finish up his engineering degree, he was offered a job (at first in the mail room because of his English) at Union Carbide in New York. After some years he married and moved to California, going into business for himself and becoming successful at a number of different ventures. In 1998 he became a Hungarian wine importer in Napa Valley and then founded his own family winery, the successful Kapcsándy Family Wines. Louis Kapcsandy passed away in October 2021. He was 85 years old.

Special Note: Despite Louis's important role as an armed fighter in the Revolution, until this interview, he had not shared his story with the general public either in the U.S. or Hungary. The Memory Project was honored to have recorded his personal story. 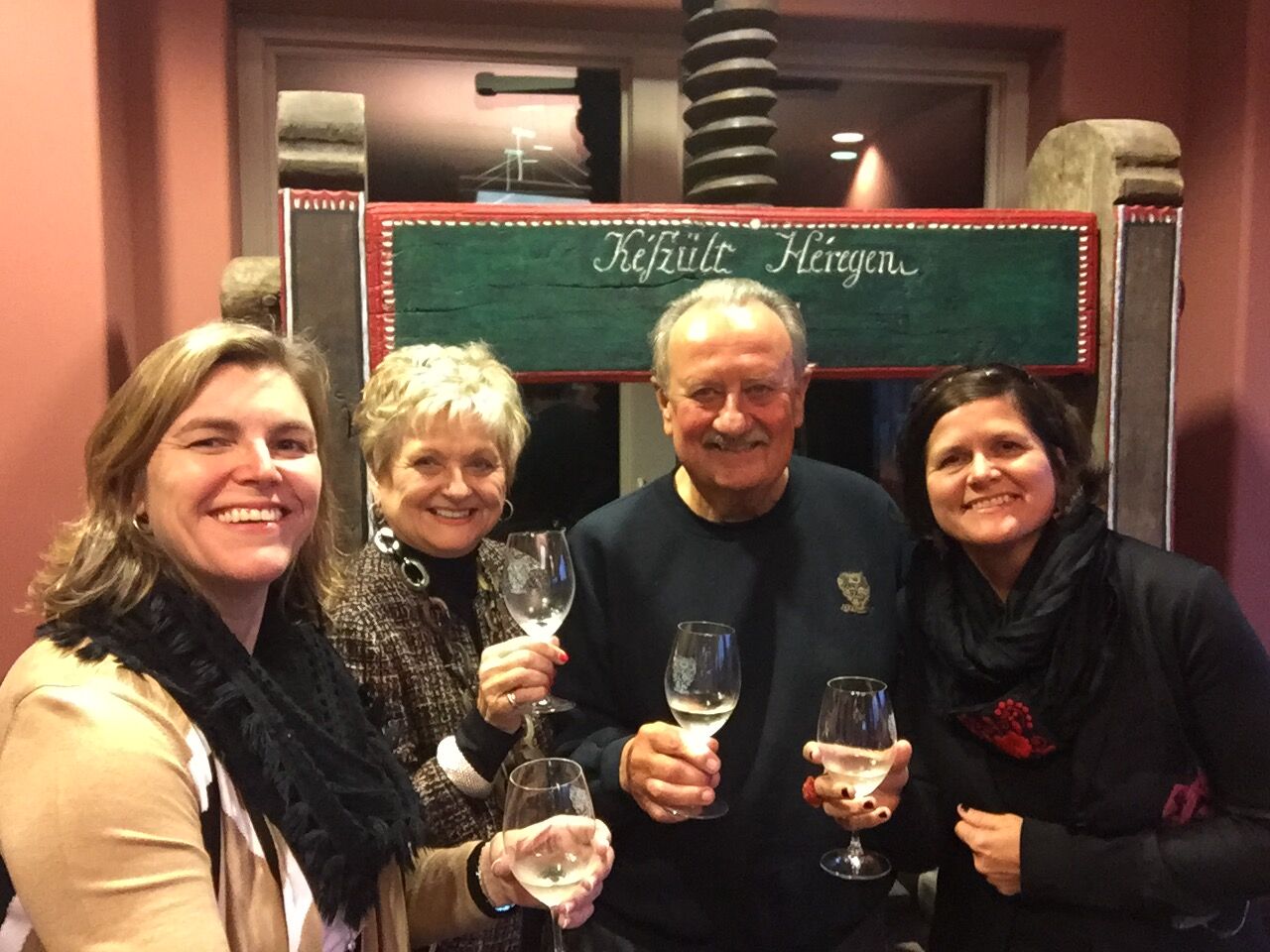