Charles Farkas was born on November 26, 1925 in Budapest, Hungary. His mother was a painter who had completed art school (Képzőművészeti Egyetemen) in Budapest and worked as a political sketch artist (mainly portraits of politicians) for a Budapest newspaper. His father was a publisher and editor of Rádió Élet and also wrote short essays, speeches as well as novels. A versatile writer, he retired in 1949 and died suddenly in 1951.

Because of their intellectual background, the Farkas family became class enemies after the communist government rose to power in post-WWII Hungary. Members of his family were deported, encountering hardships they hadn’t even faced during the war. The Revolution of 1956 (which he experienced at age 31) was ‘some of the most important days of his life.’ He was witness to the events of the Revolution, especially the first firefight around the Hungarian Radio on October 23rd. What he experienced there and afterwards as he walked around Pest stayed with him for the rest of his life. After the Revolution was defeated, he told his mother that it was best that he leave in order to find a better future for himself. He fled toward Vienna, from where he went via ship from Bremerhaven to New York and eventually Camp Kilmer in New Jersey on January 16th, 1957.

Like most refugees who arrived then, he first worked in a number of menial labor jobs until his grasp of the English language improved. Around the age of 33, he applied to Columbia University and received an M.S. in Library Sciences. He was hired by the public library in Briarcliff Manor Public Library in Briarcliff Manor, NY. Although he had only planned to stay a few years there and then move on, he ended up as the director of the library for over 30 years. He enjoyed his work there immensely, as it was both intellectually stimulating and rewarding in a community sense.

He met his wife, Edit Novák Farkas (also interviewed in this archive and also a 1956er) in New York, and they had four children together. They taught all of their children the Hungarian language, although the children weren’t involved in the local Hungarian-American scouts or Hungarian school in New York City. Their daughter Evelyn Farkas is the former Assistant Secretary of Defense for Eurasia, Russia and Ukraine (under President Obama) and is currently running for Congress (2020) in New York’s 17th Congressional District. Edith and Charles live in Chappaqua, New York. 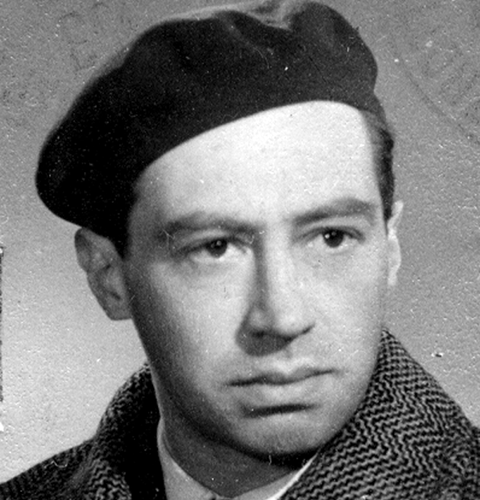